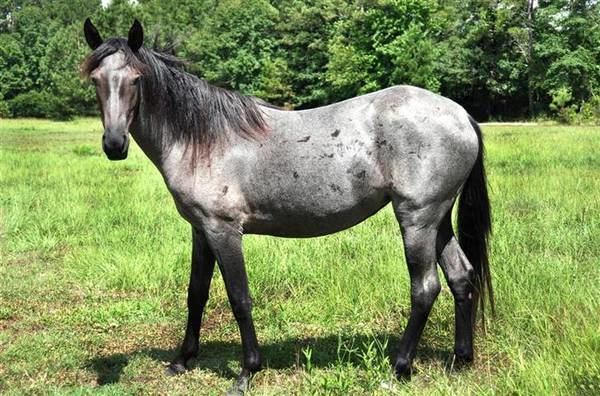 One of South Carolina’s best kept secrets is the Marsh Tacky, but word is getting around about these sturdy little horses that have no quit in their anatomy. The critically endangered breed has received quite a bit of attention in the past five years, including being named South Carolina’s State Heritage Horse.

The Marsh Tacky’s bloodlines can be traced back to the Spanish Colonial horses that arrived with the early settlers of the United States of America in the 1500s. South Carolina is located on the U.S.’s eastern seaboard and has many coastal islands where small bands of wild horses spawning from these early settlements lived for hundreds of years in near isolation.

Marsh Tackies played a significant role in South Carolina’s history as they were culled from these roaming herds and became the main workhorse for the people who lived in the coastal lowlands. They plowed the fields, carried the men on hunts and drove the family to town. Historical records from the American Revolutionary War have made note of the “Tacky” horse being used by the famous U.S. General Francis “Swampfox” Marion. His militia rode swift, sure-footed horses that easily eluded the British Calvary in the swamps and marshes of South Carolina. Notable naturalist John James Audobon in the 1800s mentioned Tackies in his field journals, describing them “tough as pine knots.”

Tough as Pine Knots
Today, we still use the same expression to describe our beloved Marsh Tackies. Average height is 14.2 hands and weight under 1,000 pounds, but they have big hearts and sensible minds. We use our Tackies for hog and deer hunting, so these qualities are essential when navigating the black water swamps and river bottoms of South Carolina. It is nothing for us to sling a 200-pound whitetail buck over the saddle pommel or dally up a 300-pound boar hog to these little horses to drag it out of the woods – in addition to bearing the weight of rider and tack.

The terrain is often boggy and riddled with old stump holes and deadfall. A horse can quickly become tangled in vines and must not panic as he waits to be cut free. He must be agile enough to climb up a near vertical incline, just to slide down the other side. He must be able to thread his way through a tight stand of pines and feel his feet sinking deep in the soft, sucking mud without losing his footing, or his mind. We often tell folks who join us for a hunt, “Don’t get in the way of your horse. He’ll do the job for you.”

These Marsh Tackies exhibit strength and athleticism comparable to a well-bred Quarter Horse. But unlike the QH, the thick hairy hide of the Tacky protects it from the briars and the biting yellow flies that are prolific in the hot, humid summer months South Carolina is known for. You can be sure a boar hog is going to nestle down in the thickest stand of undergrowth or the muddiest muck hole, and there is only one way to get them: on the back of a Marsh Tacky.

Team Marsh Tacky Effort
Carolina Marsh Tacky Outdoors, also known as Team Marsh Tacky, is the name of our outfit located in the Pee Dee region of South Carolina. From September to January, we hunt deer from horseback, but it’s open season on feral hogs year round. We use two types of dogs to hunt hogs: bay dogs and catch dogs. Bay dogs are very vocal and harass the hog, working to keep it cornered until the catch dogs arrive. Catch dogs latch onto the head of the hog and hold it until we join the melee and dispatch the hog with a knife.

“Hog hunting is a rough game for rough folks,” says David Grant, owner and manager of Carolina Marsh Tacky Outdoors. “The horses have to be tough and the dogs tougher. All involved must have grit – true grit.”

Grant started hog hunting with other breeds of horses, but they would become bloodied and sore from South Carolina’s unofficial state plant, briars, and the demands of the terrain. He got turned on to the Marsh Tacky while hunting with a group in the lower part of the state.

Small, wiry horses with narrow chests and sloping croups, Marsh Tackies aren’t much to look at, but they have the stamina to go all day and the courage to go wherever we point them. Often times the only way to get to a hog is through one long thick bed of briars. Our Tackies will hop like a rabbit on top of the briars or bulldoze their way through it.

“The tougher the situation, the tougher these Tackies get,” Grant said. “They are bold and gamey. When the dogs bay, you’d better be hanging on because they will take you at break-neck speed right into the fight. I mean all four feet standing in the mix of hog and dogs.”

We bring the fight to the hogs in their backyard, which gives the hogs the advantage. However, riders, horses and dogs execute a well-orchestrated plan of attack, and Team Marsh Tacky gets the job done more often than not.

Saving the Breed
Grant is among the dedicated breeders and owners who have supported initiatives to preserve the dwindling numbers of Marsh Tackies. Rediscovery and recovery of the breed began in 2005 when the American Livestock Breeds Conservancy traveled to South Carolina to determine where the breed still existed. A little more than 100 Tackies were found and their heritage confirmed by DNA samples. In 2007, long-time owners who have had these horses in their families for generation, as well as new fanciers of the breed, came together to create the Carolina Marsh Tacky Association to support and promote the Marsh Tacky horse. Today, there are about 309 horses listed in the Carolina Marsh Tacky Registry.

A tradition of racing Marsh Tackies on the beaches of the Lowcountry of South Carolina was brought back several years ago, and most recently the race was held on Daufuskie Island, where Marsh Tackies once populated the island as wild horses. There is no purse for the winner of the race – just bragging rights and a trophy.

On the Backs of Brave Steeds
We’ve invited many fine horsemen to join us on our hunts who have never ridden a Marsh Tacky, let alone heard of one, and the comments afterwards are always the same: “That’s an impressive little horse.”

One well known clinician, Joe Most of Perfect Partners Equine, who killed his first hog riding along with Team Marsh Tacky, described the Tackies as the Army Jeep of horses, designed to go anywhere and everywhere.

As for Grant, he has found a kindred spirit in the Tacky.

“We’re both gritty as hell. When all the chips are down and most would give up, I know I can depend on my horse to keep going,” he said.

Scottish writer and adventurer R.B. Cunningham Graham penned a book, “Horses of the Conquest,” which was a study of the steeds ridden by the Spanish conquistadors as they explored the uncharted territory of the New World.

“Sometimes I will turn around in my saddle and look at Team Marsh Tacky mounted up and ready to do battle. The horses are prancing, the dogs are gamey, and I am transported back to a time when Cortés and his fellow conquistadors also headed into an unforgiving landscape,” Grant said. “On the back of a brave stallion he did ride, and so do I.”

Visit these two websites to learn more about the Marsh Tacky breed and Equestrian Images photography – www.carolinamarshtacky.com and www.equestrianimages.us.

Check out this Horse Tales episode about the Marsh Tacky! 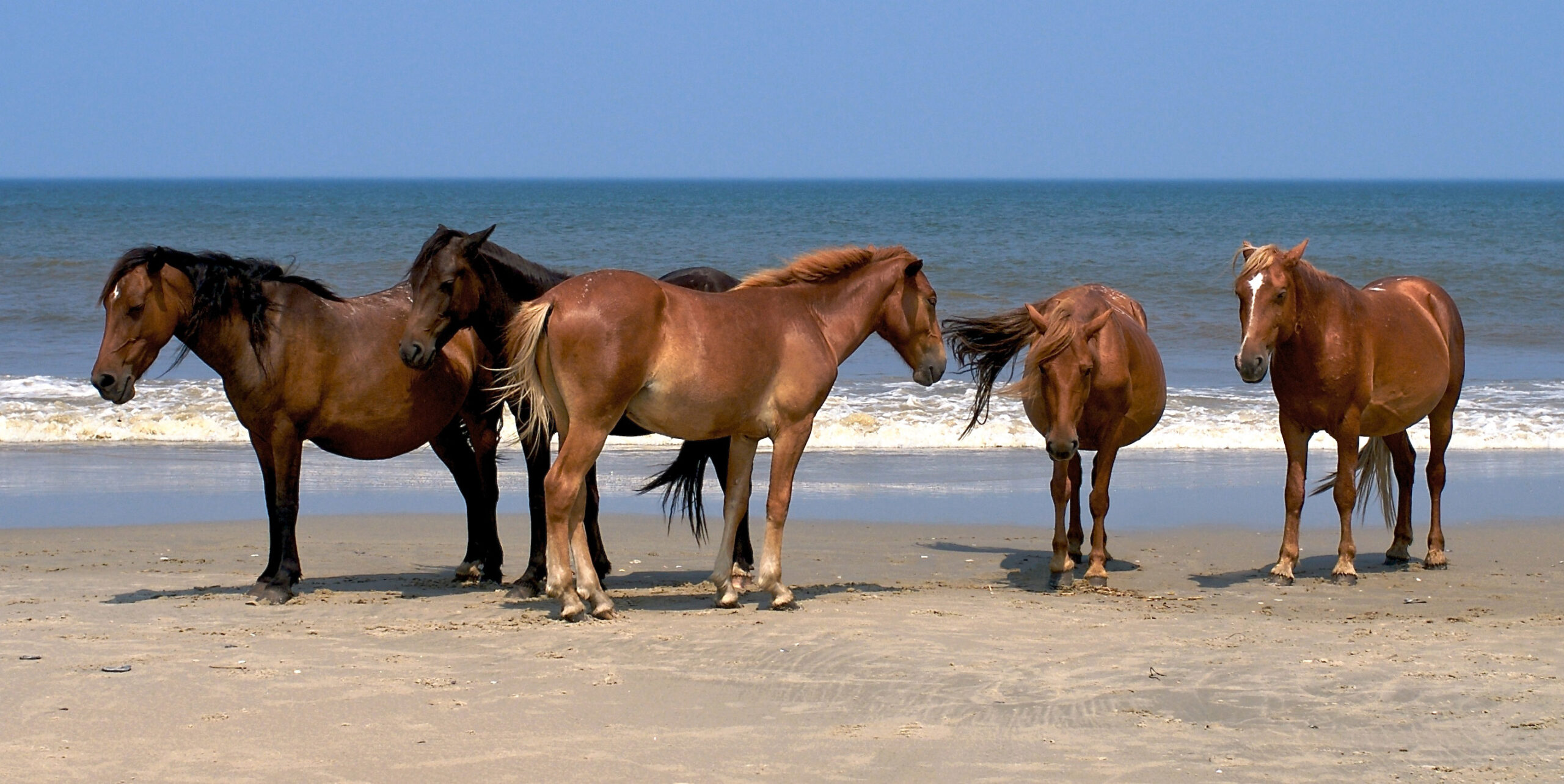 Meet The Wild Horses of Corolla: Into the Wild 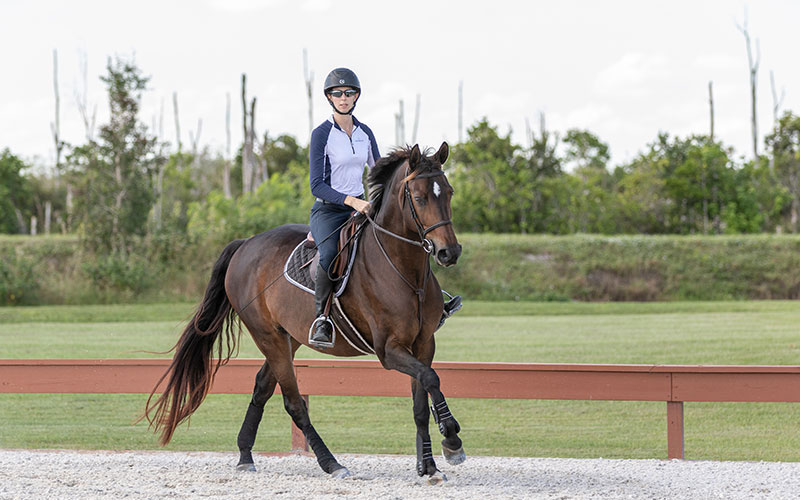 Written by: Emily Daily/Jump Media Published: 11 January 2020 When Elizabeth Ehrlich was working at a top international law firm in Manhattan, she never dreamed she would 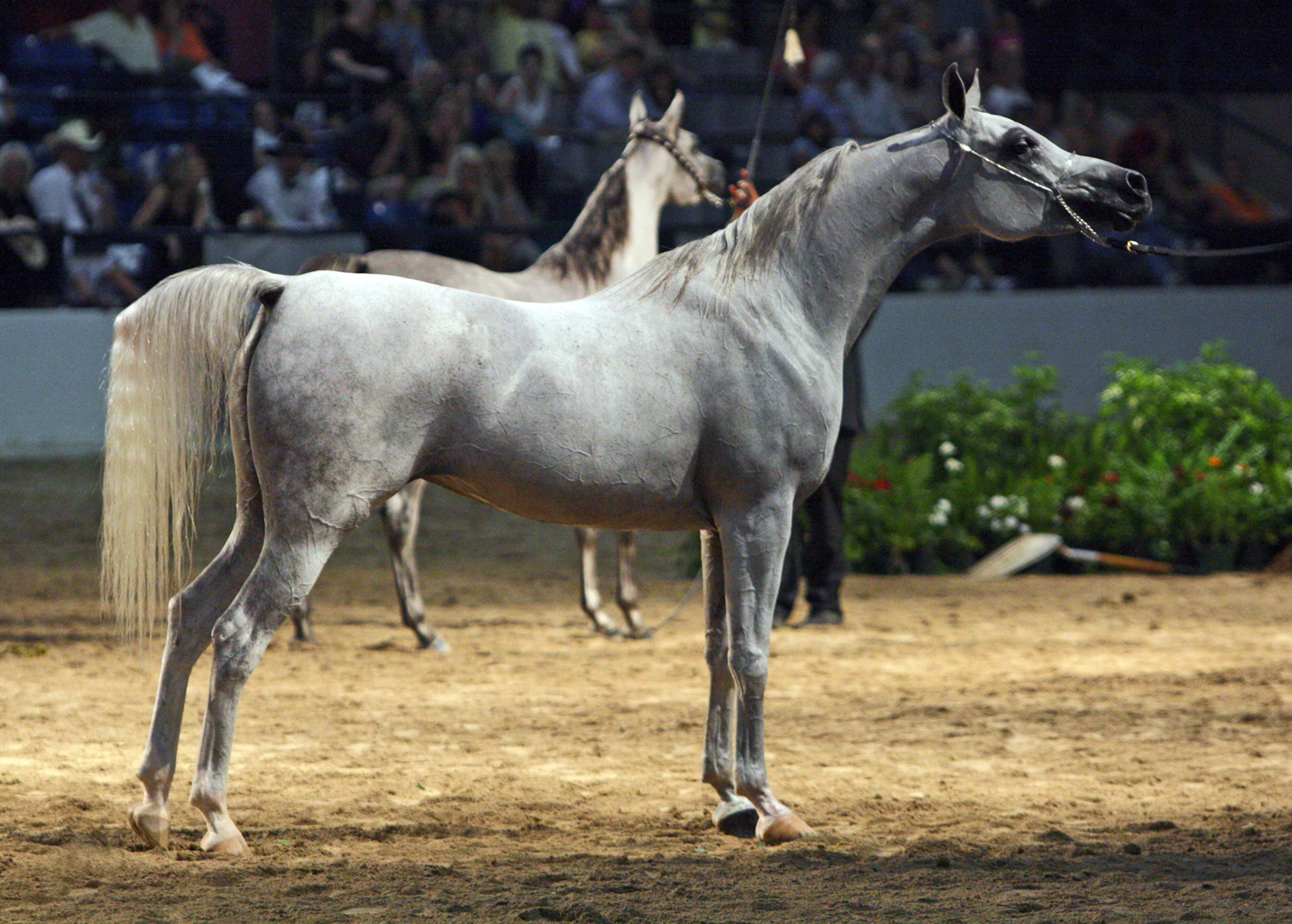 The Many Places of Middleton

A new day brings new adventures at Middleton Place. One of the latest additions to the activities are the historical trail rides offered through the Middleton Place Equestrian Center.

The Carolinas Equestrian is your guide to the Southern equestrian lifestyle. Find it at a tack store near you or contact us to subscribe.